Last Sunday, we had our annual VICMOG run down to Phillip Island for the Classic races. This is always a favourite club outing and this year was no exception as the Morgans gathered in the car park of the Settlement Hotel Cranbourne. 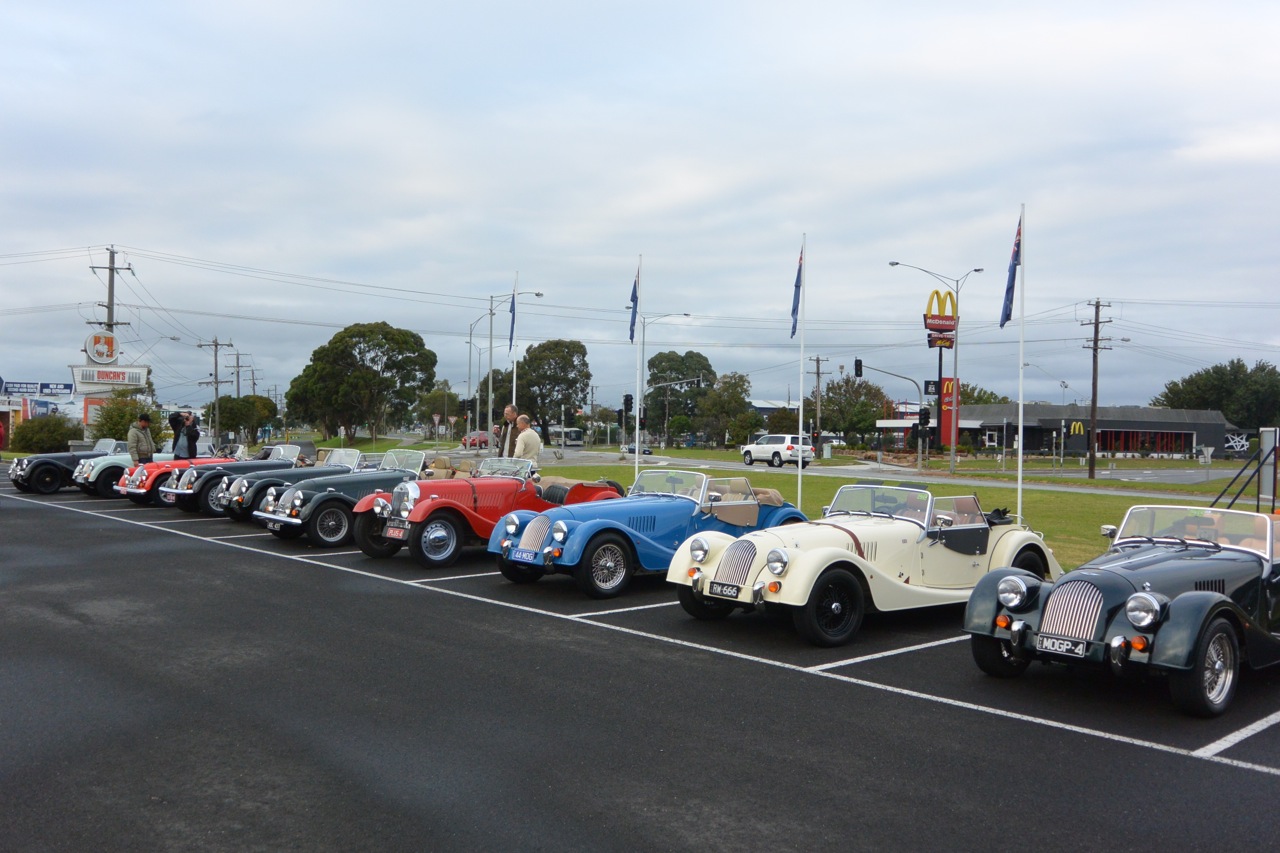 At 8:15am with John Beezley leading our convoy, we hit the road down. The South Gippsland Highway on this day is a great place for car watching as a stream of rare and interesting vehicles head down to the classic races. 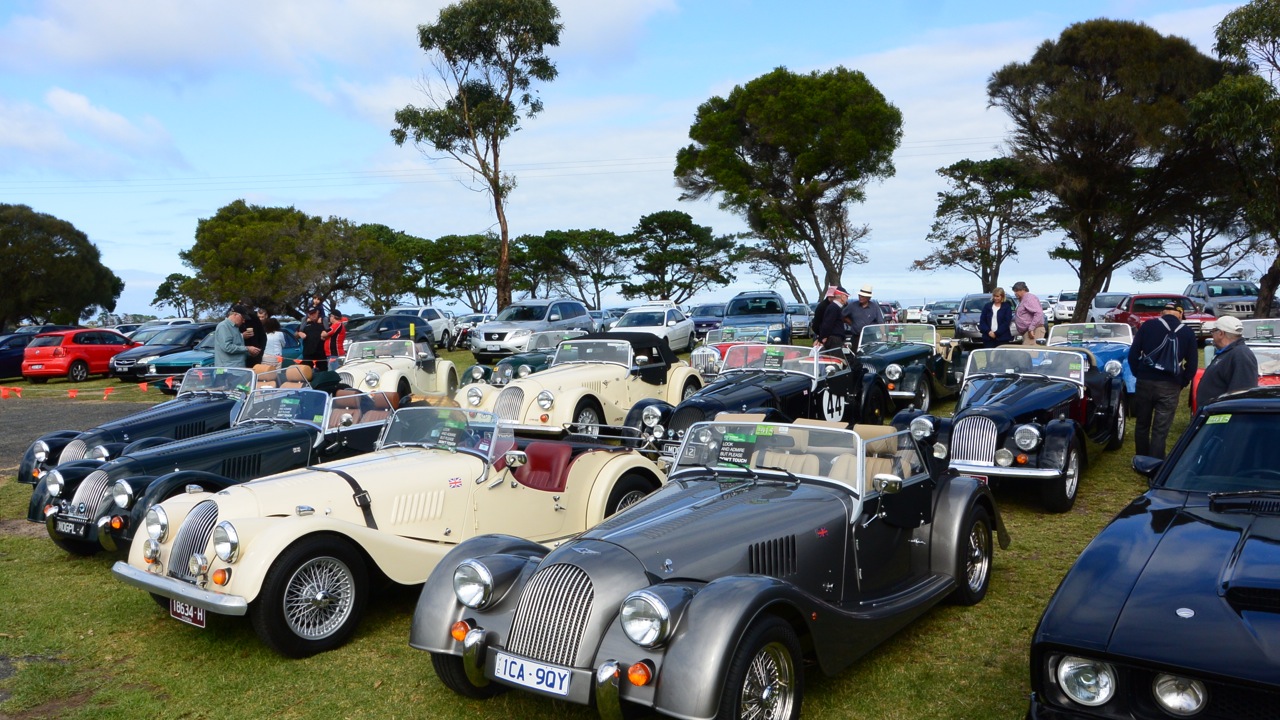 Space was a bit tight this year but our forward party had done a great job in saving a spot for us and we all managed to squeeze in, some 15 Morgans in all. Brunch was soon being cooked on the BBQ that Wayne had arranged. 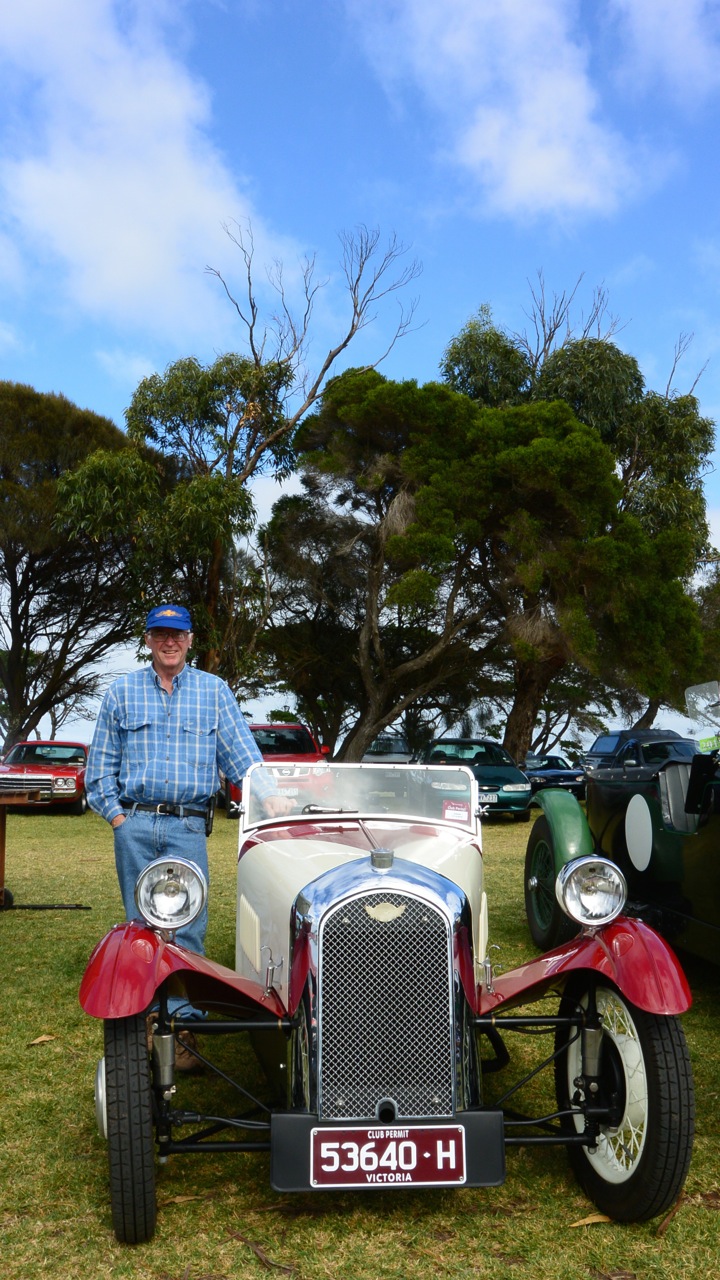 One highlight of our day was the attendance of Paul Anderson with his beautiful three wheeler that he had recently imported from the States. 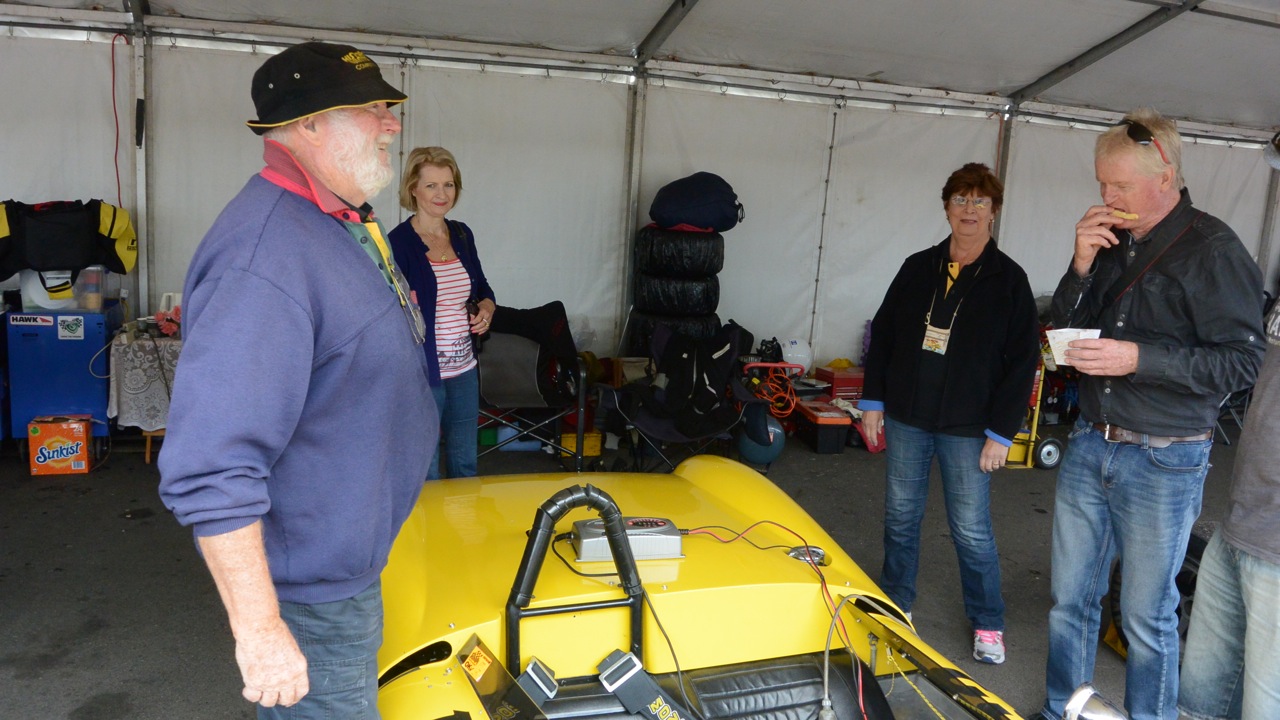 The group scattered around the course and through the pits. We caught up with Peter and Heather who were participating this year in a rather nice yellow Elfin Mallala. 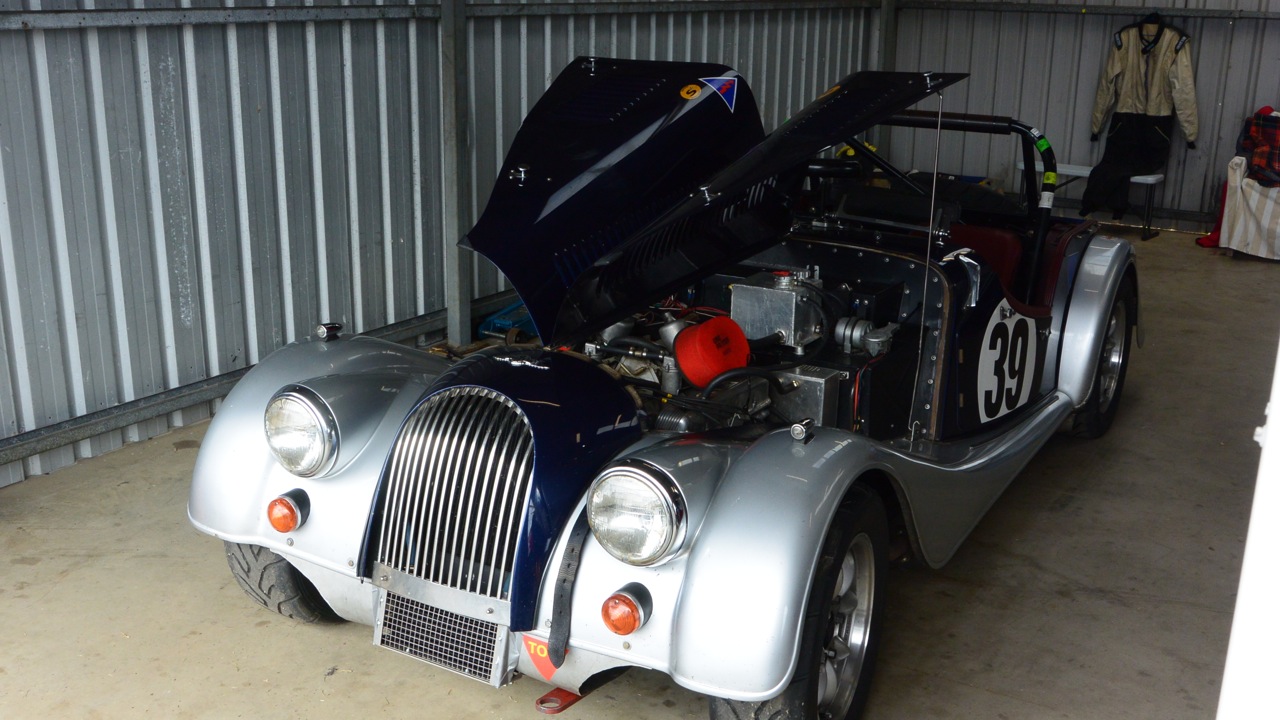 Morgans were a little rare on the track this year as Tom ffrench had work commitments which had counted out Morgasm’s attendance and Stuart Littlemore’s Plus 8 had retired early and had gone home reportedly with carburettor trouble. This left Graeme Downer’s Plus 8 No 39 as the only Morgan on the circuit.

Still, at the Shannons Parade around lunch time, our President Chris got to do a circuit with Morgan Dealer Chris in the new Morgan Three Wheeler.

This is always a great day out and a big thanks to President Chris and Wayne for arranging the site, the tent, the BBQ as well as the perfect weather.