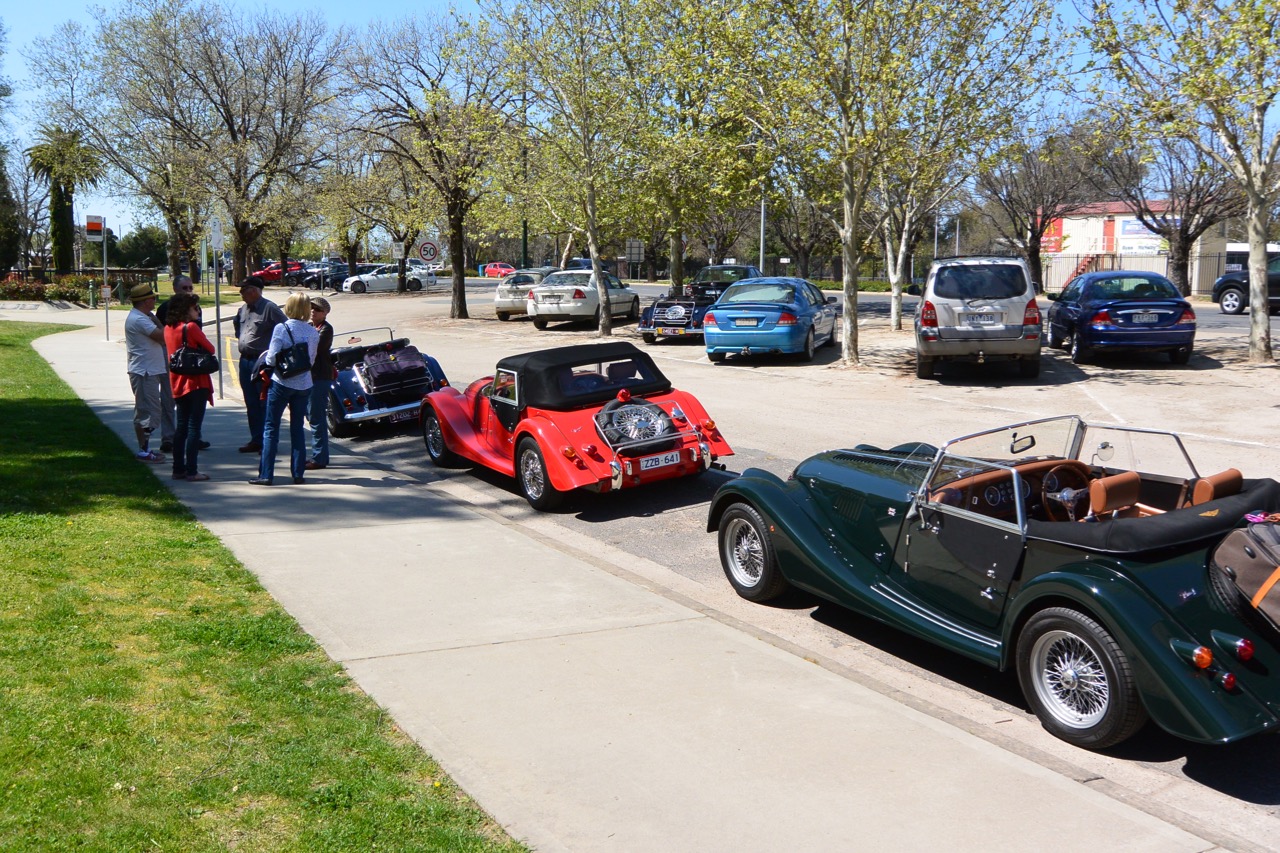 A group of intrepid VICMOG members hit the Hume Highway again for the Annual Pop the Top Festival at Jindera. We met up at Benalla then thanks to Mr Garrett we headed off the Highway for a beautiful run through the Victorian country side. 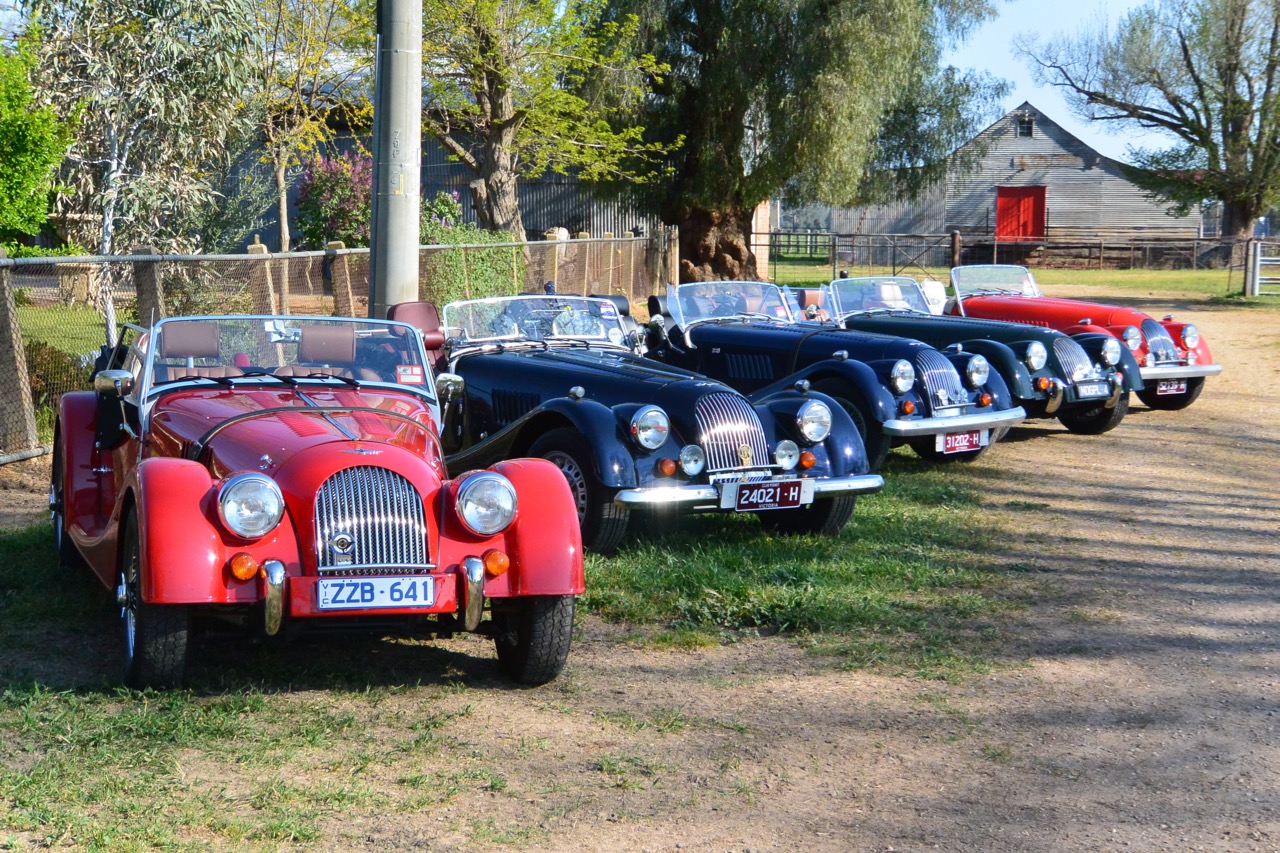 We had several stops along the way including a Cheese Factory where we caught up with VICMOG’s newest member Ian and the lovely 4 Seater he has obtained then we paid a visit to Bev’s family farm where I lost a bit of my chassis on the cattle grid. 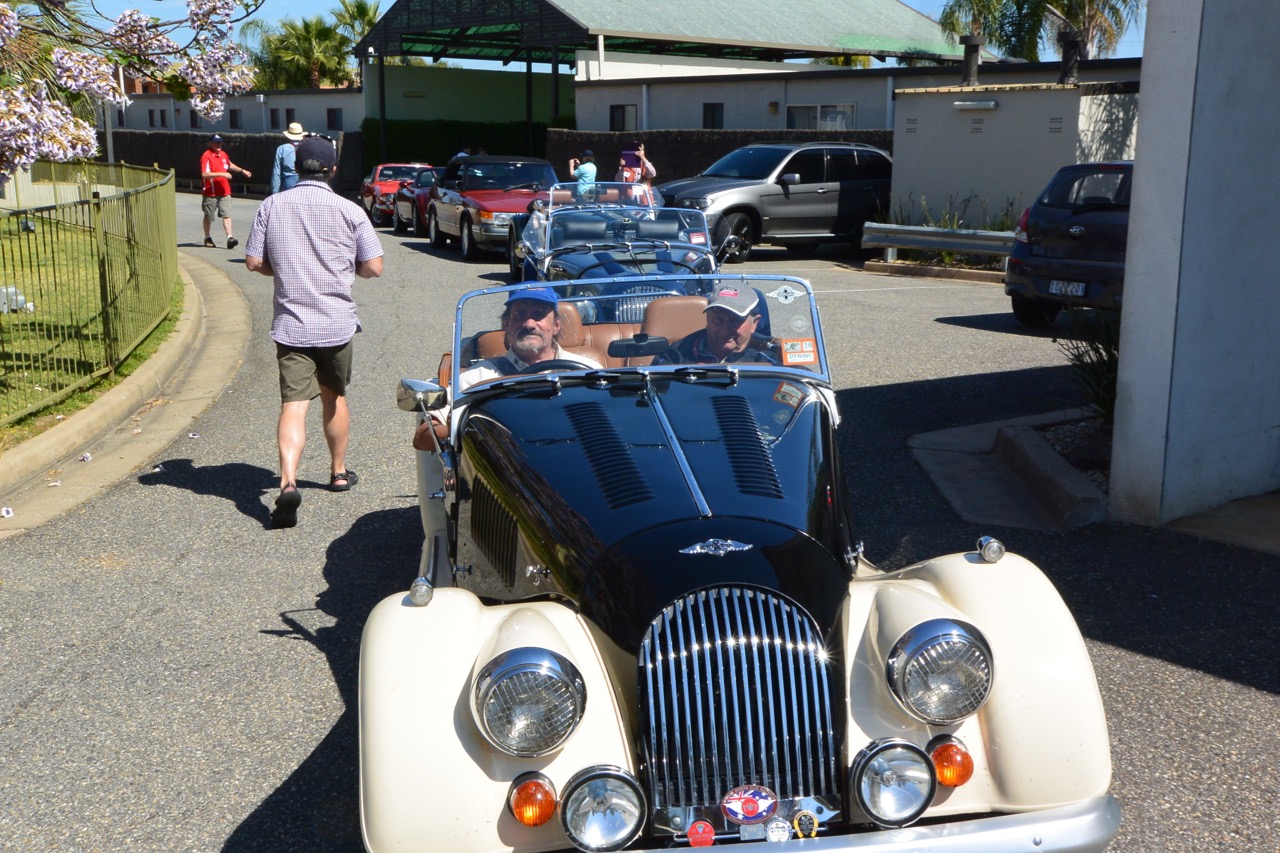 Then onto our accommodation at The Siesta Motel Albury. Next morning along with thirty other cars we headed off in procession.Here is a shot of Ian’s Morgan as we were waiting to take off. 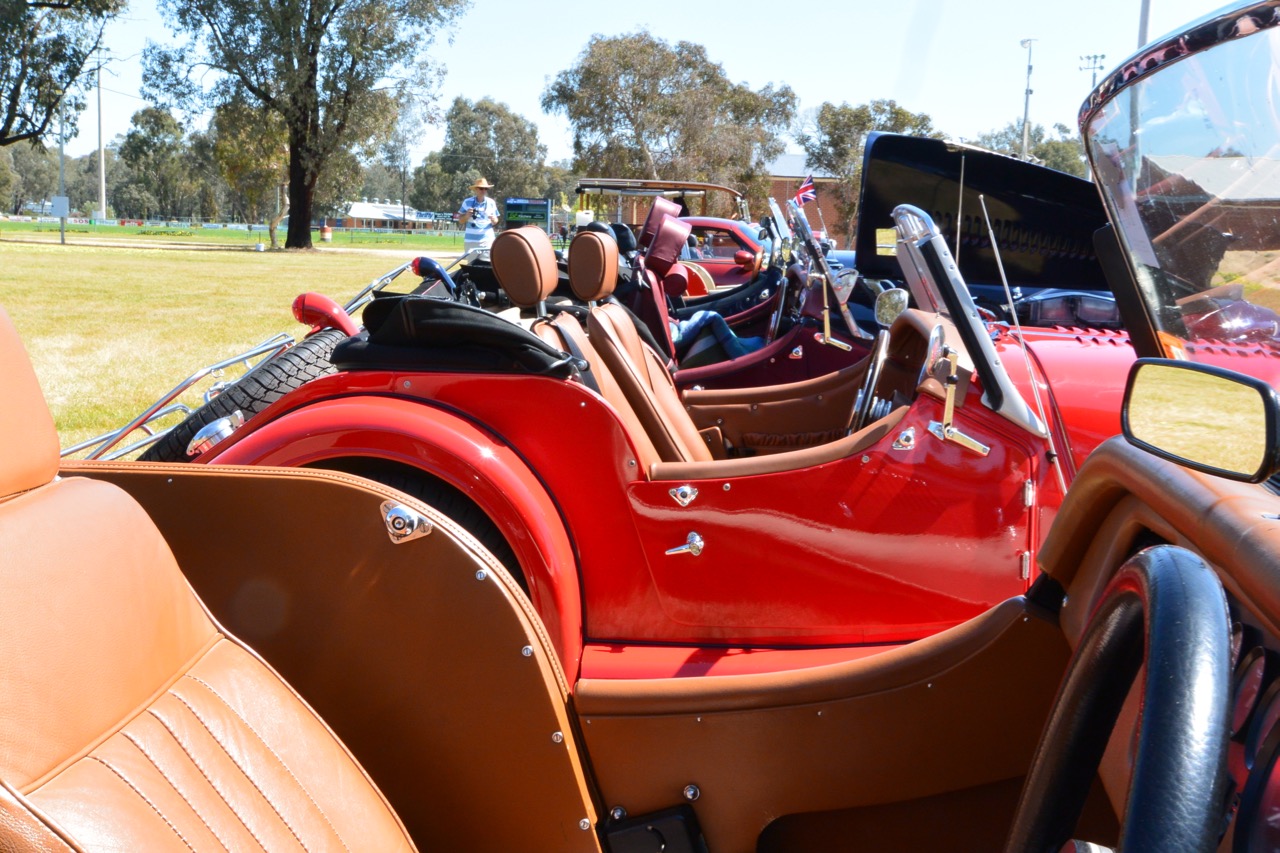 The Morgans as always looked magnificent in the line up and we won half the awards being presented. 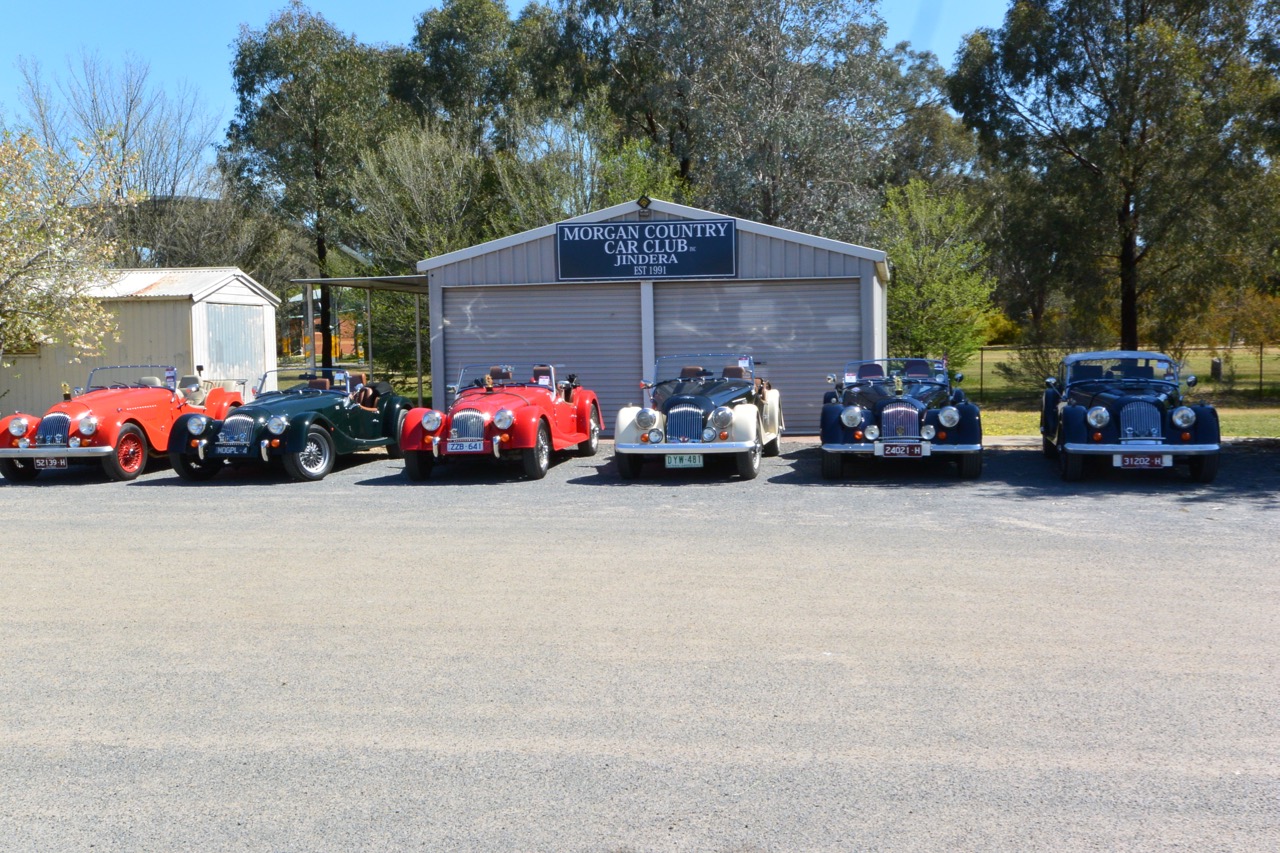 After posing for our now traditional shot in front of the Morgan Country Car Club  we headed back to the Motel to watch the grand final. 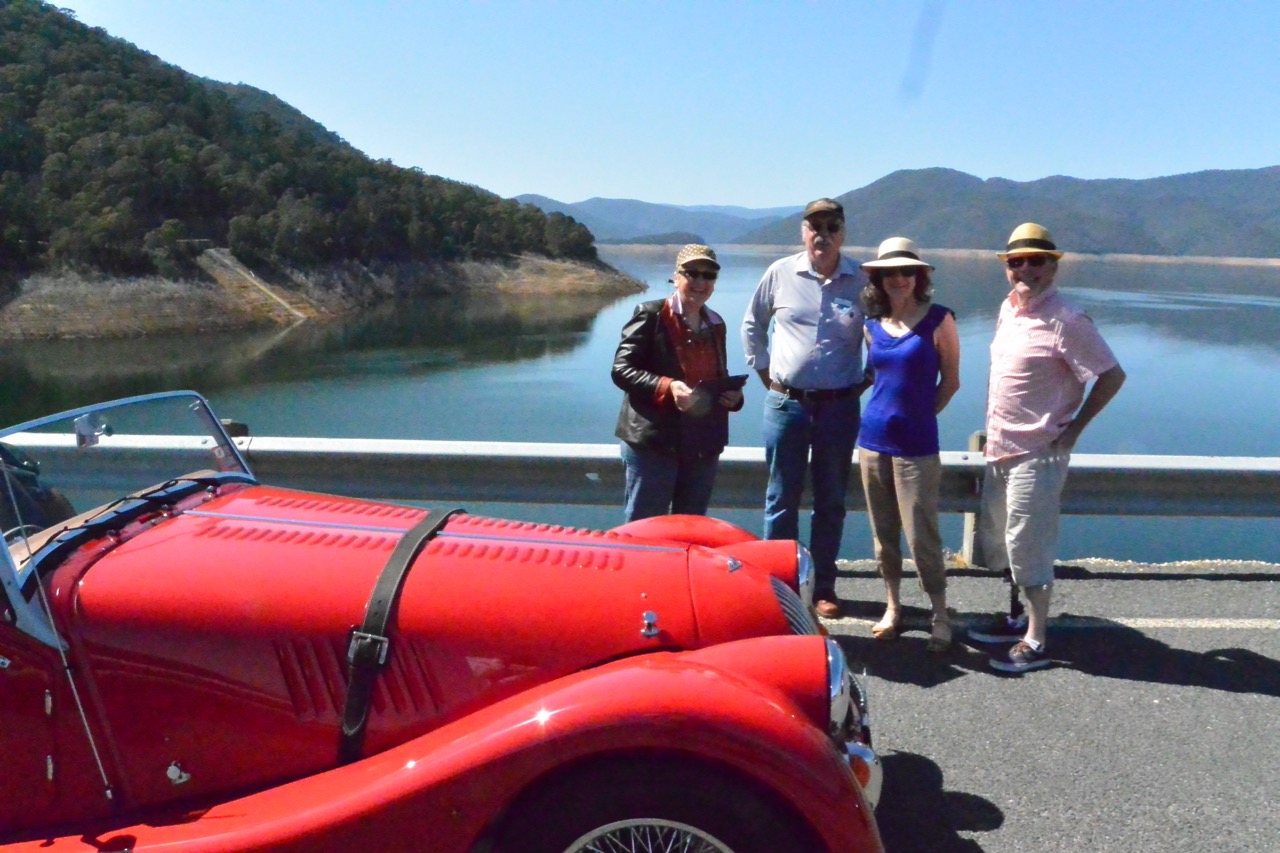 Next day the organisers had put on a run through the most beautiful countryside via the Dartmouth Dam to the Mitta Mitta Hotel for lunch. This was a magnificent tour and a great climax to a very enjoyable weekend