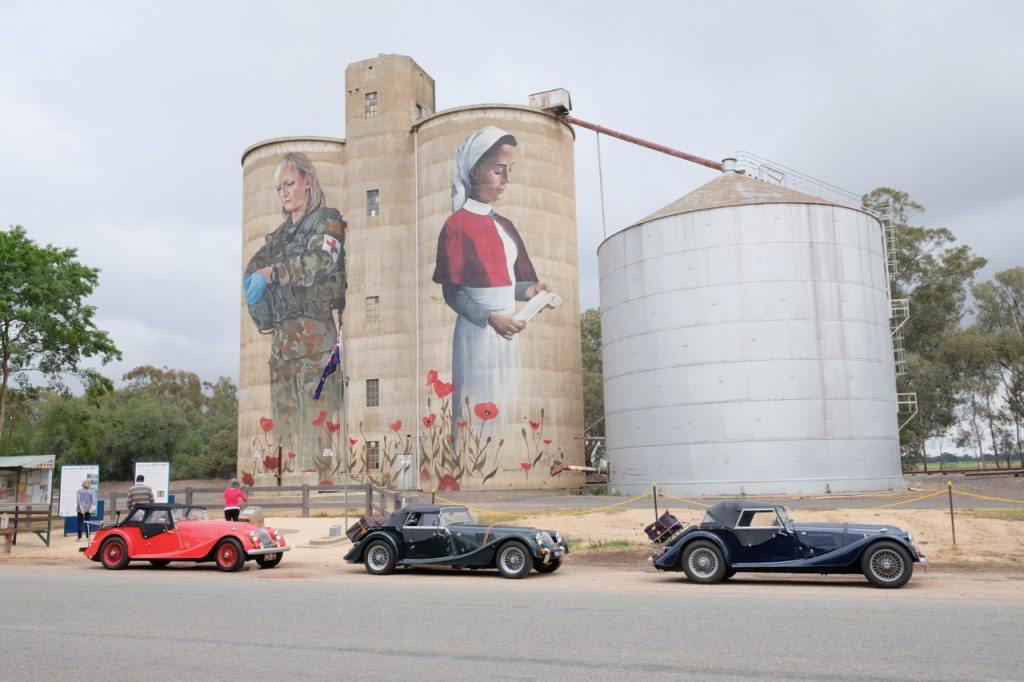 Thirteen VICMOG Morgans made the long trip up to Bathurst last week to join Morgan owners from around Australia and a couple of other places to celebrate the 60th anniversary of MOCA. We made our way up in a few different groups . Jeanette and I caught up with Brian and Kerry and Ross and Jane in Violet Town and we did a bit of exploring, taking a scenic route up to Wagga. On the way we came across this amazing piece of Silo Art depicting a WW1 nurse and a modern day army medic in the small Northern Victorian town of Devenish

On Wednesday afternoon we rolled into Wagga where there appeared to be Morgans every where you looked. On closer inspection it turned out to be 4 lost Morgans who were circling the town trying to find their motel.  The bulk of the Vicmoggers were overnighting here however, along with Morganeers from SA and WA. As well a batch of NSW Morgan owners had come to welcome us. We took over one of the local hotels and had a fun evening catching up. 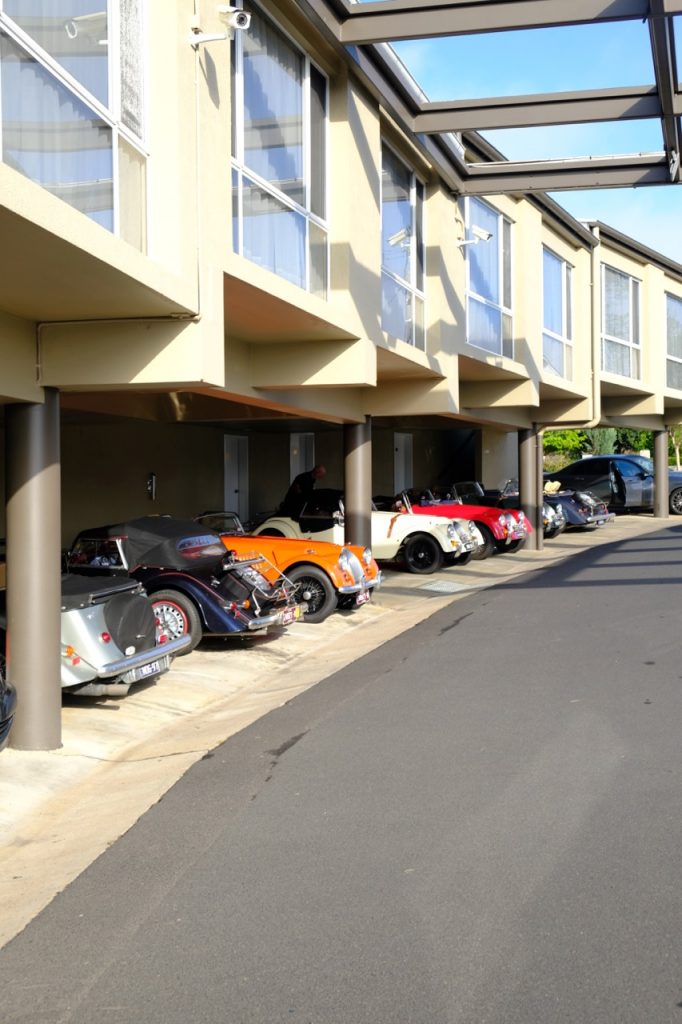 Thursday we made the final push into Bathurst where most of the VICMOG contingent were staying at the Quality Hotel. The parking area there looked like a used Morgan lot. 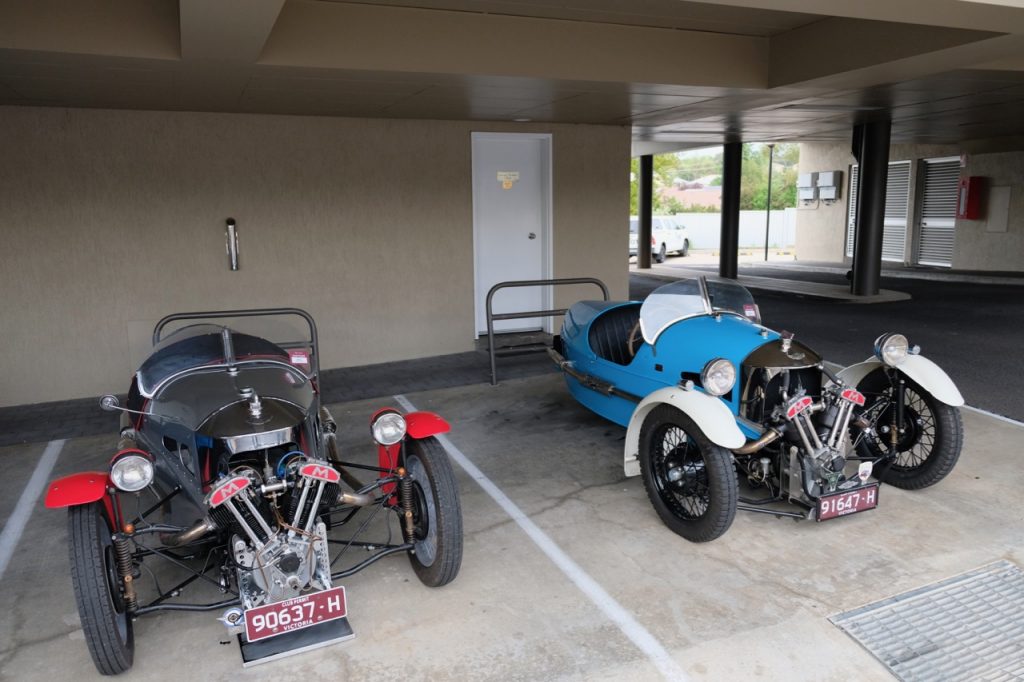 Two of the newest oldest Morgans were parked here. Mike Devine’s and Michael Aisenberg’s recently restored three wheelers were both getting their first public showing.  The opening event of the muster was at the National Motor Racing Museum. 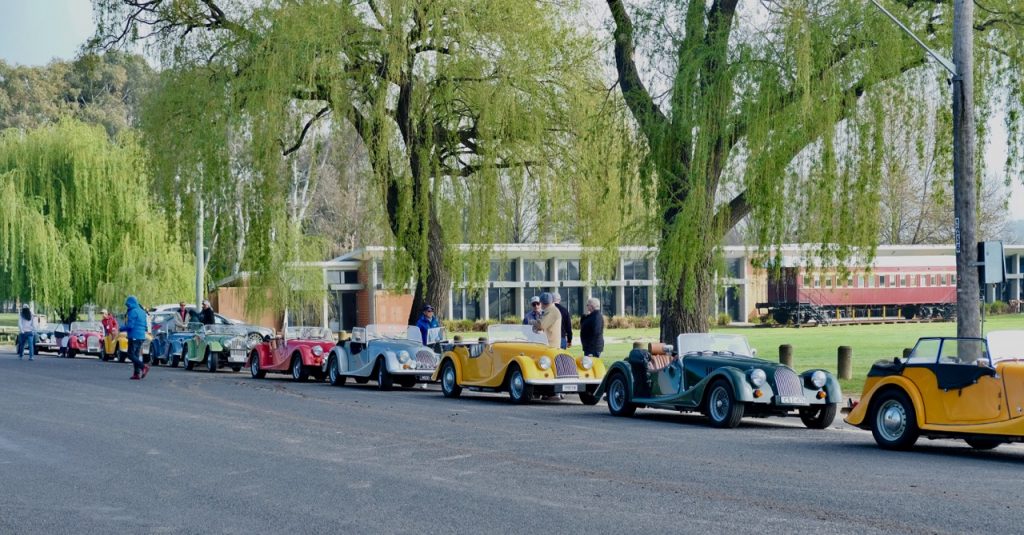 Friday morning saw us split into groups according to our model types for a run to Oberon. Here we are with the  Plus 4 group waiting for the start.

After a magnificent drive over beautiful tree lined windy roads we made it into Oberon where a mass of Morgans filled the lawn in front of the town station. 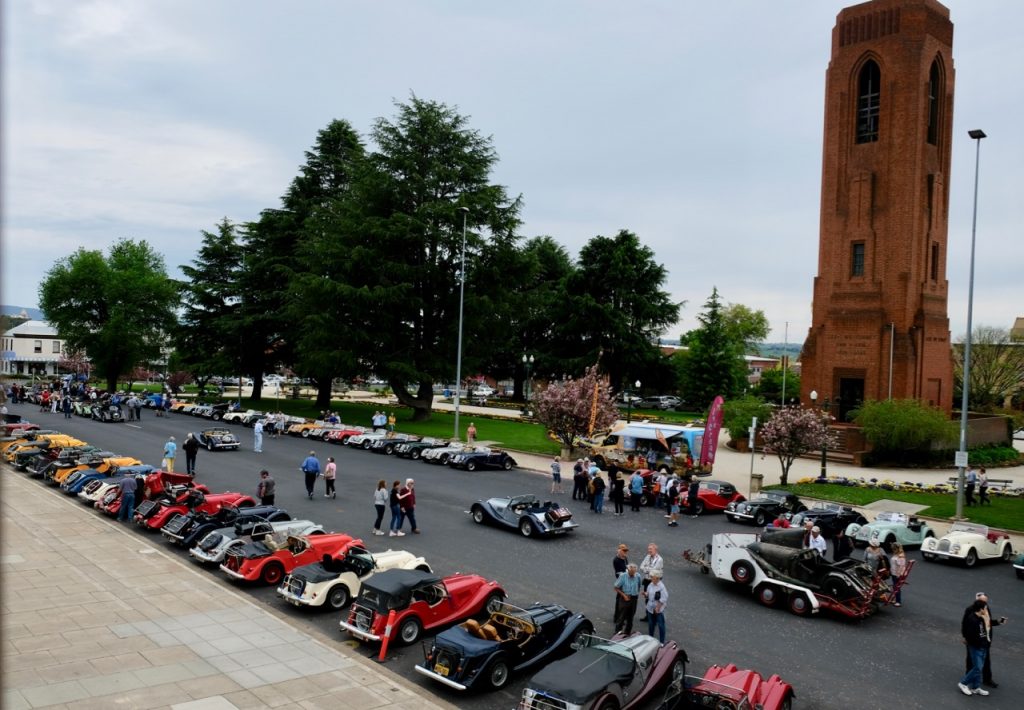 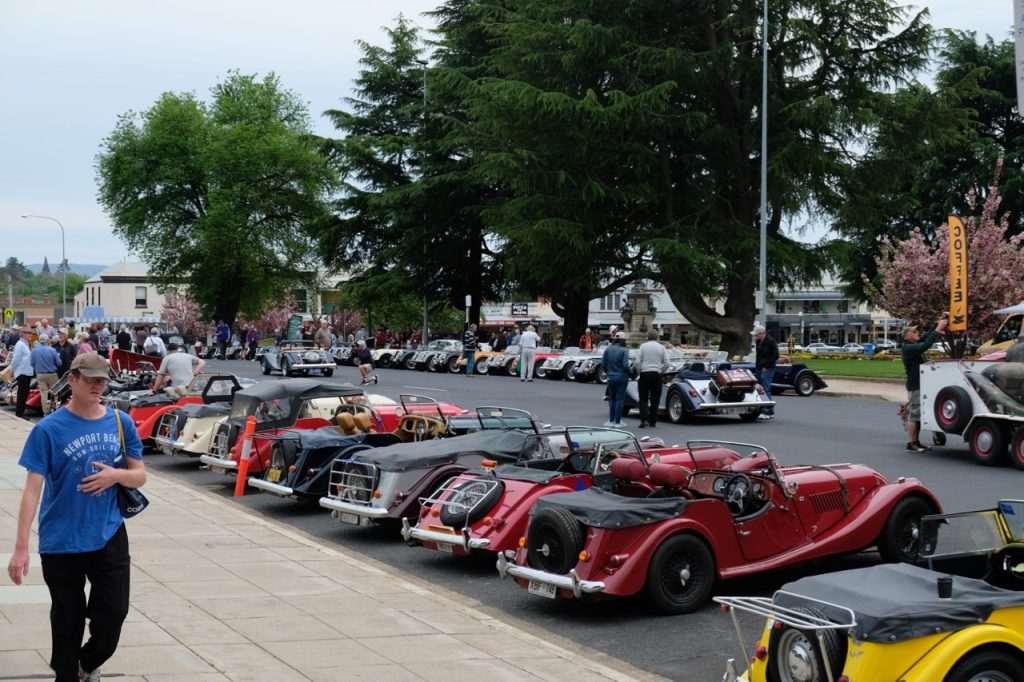 On Saturday morning we gathered at yesterdays assembly points from where we were we were led into the centre of Bathurst for the street display. It does not get much better than this. 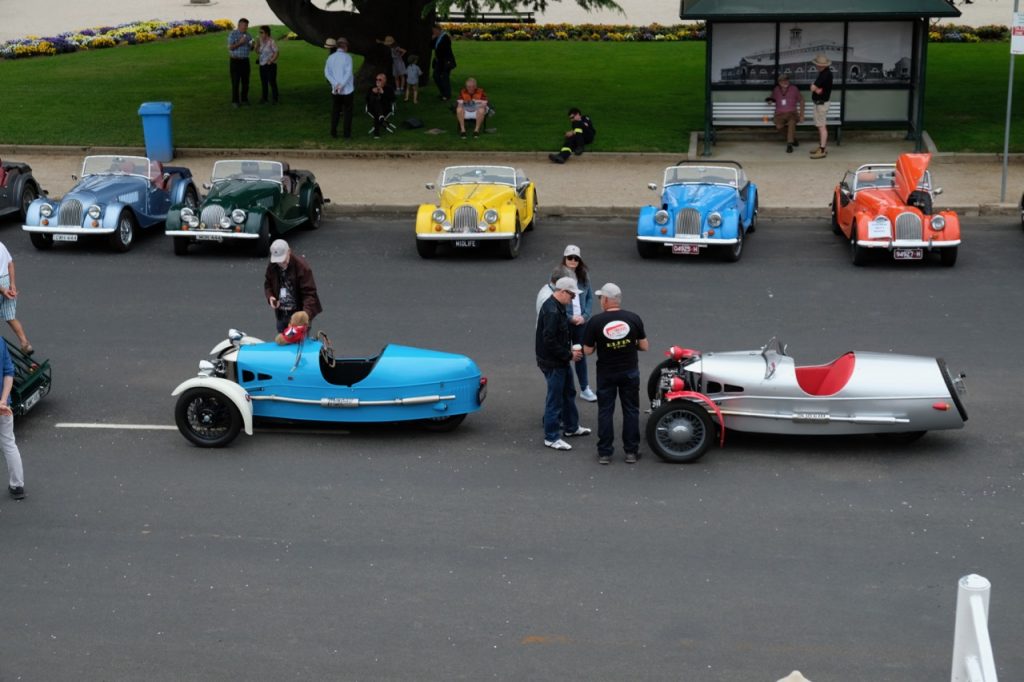 Saturday night was the Gala Dinner at Rydges Hotel on Mt Panorama. A fantastic evening . On Sunday morning we bade Bathurst a fond farewell and hit the road for Melbourne with an overnight stopover at Rutherglen.

A big thank you to Stan Jodekin, Geoff Hollings and the guys from MOCA for putting on a great event. Happy 60th MOCA.